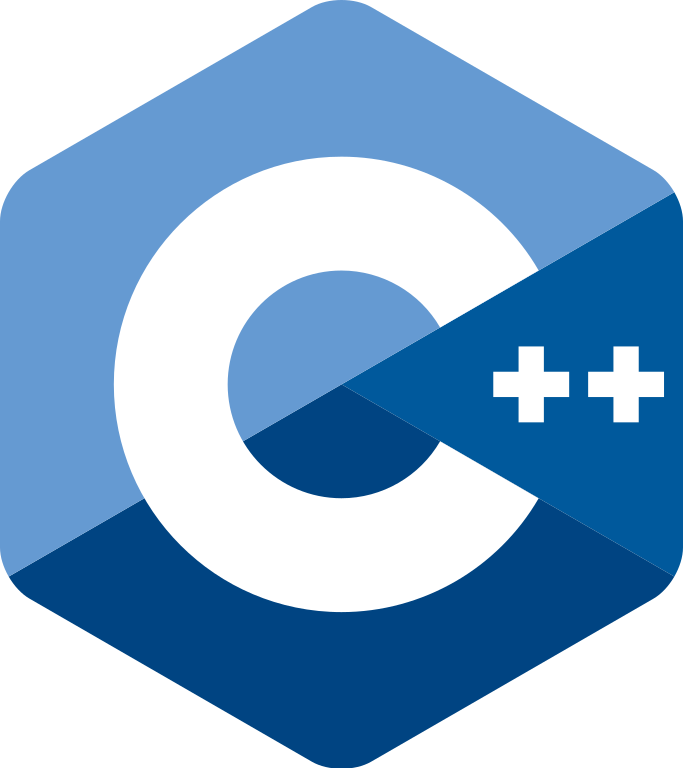 C++ is the best programming language for robotics because it offers low-level control and efficient performance. It’s also the got to language for applications that are time critical and where resources are often limited. Additionally, C++ is widely used and supported, so there are plenty of resources available to help you learn and use the language.

Is C++ Good for Robotics

Robotics is a fast-moving and relatively new field, so it’s no wonder that people are still debating which programming language is best suited for developing robotic applications. While there are several contenders, C++ has emerged as a leading choice, thanks to its ability to deliver high performance, scalability and wide support.

C++ is fast. When it comes to speed, C++ outperforms interpreted languages like Python and Java. This is because C++ code is compiled directly into machine code, which can be executed much faster than code that needs to be interpreted by a virtual machine. This can be critical for time-sensitive applications like robotics, where every millisecond counts.

Is C++ Used in Robotics

C++ is widely used in robotics in government and industry. Its low-level control capabilities and ability to handle large, complex data structures make it an ideal language for writing software for robots. C++ also has a rich set of libraries that provide functionality for tasks such as image processing, motion planning, and communication with devices such as sensors and motors.

Practical Robotics in C++ (Buy Online) is a hands-on guide to building sophisticated robots using the C++ programming language. The book begins with an overview of the different types of hardware and software that are available for use in robotics, including microcontrollers, sensors, and communication devices.

It then goes on to describe how to interface with these devices using the GPIO pins on a microcontroller. The next section covers the different types of motors that are available for use in robotics, and how to control them. The book then describes how to communicate with sensors and other devices using I2C, SPI, and UART. The final section covers additional helpful hardware, including GPS and IMUs.

There is some debate over which programming language is best for robotics. Some people swear by C++, while others prefer Python. Personally, I believe that Python is the best choice for those just getting started in robotics programming.

Python is relatively easy to learn compared to other languages. It has a very intuitive syntax and can be picked up by beginners fairly easily. Additionally, there are many excellent resources available online for learning Python.

Python also has a wide range of libraries available that provide robust functionality for tasks such as machine learning, computer vision, and navigation. These libraries allow you to quickly develop programs for a robot without having to reinvent the wheel each time.

Is Python Good for Robotics

Python is good for rapid prototyping and faster iteration, it is generally considered to be a slow language compared to languages like C++. This isn’t necessarily a problem if your robot’s tasks don’t require speed (for example, if you’re working on an education or service robot), but it’s something to keep in mind if you’re looking at using Python for production purposes.

Is Python Used in Robotics

Is Python or C++ Better for Robotics

Python is a great choice for beginners because it is relatively easy to learn, and it has a wide variety of libraries that make it suitable for prototyping. C++ is a more difficult language to learn but it is faster and more robust, making it better suited for mission critical robotics applications.

Python Robotics Projects (Buy Online) is a book that provides step-by-step instructions on how to create your own Python-powered robots. The book starts with the basics of Python programming and then moves on to more advanced concepts such as GPIOs, motors, sensors, and Bluetooth. With Python Robotics Projects, you will learn how to build robots that can perform a variety of tasks such as gardening, pet feeding, obstacle avoidance, and human recognition. You will also gain a deep understanding of machine learning and how to use it to control your robotic creations. 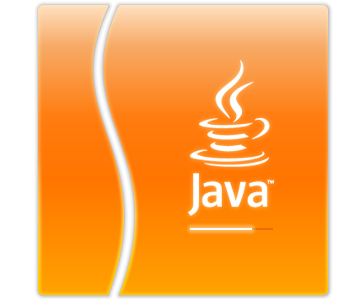 Java is a good programming language for robotics because it provides a high level of abstraction from the underlying hardware. This makes it easy to write code that will run on a wide variety of different devices, from small microcontrollers all the way up to powerful desktop computers.

Java is also a relatively simple language to learn, which makes it a good choice for beginners. It’s object-oriented, meaning that programs are composed of objects that communicate with each other. This makes programming more intuitive and easy to follow.

Additionally, Java has a large community of developers and libraries that make it easy to find help when you need it. And finally, Java (Open JDK) is free to download and use.

Is Java Good for Robotics

Yes, Java is a decent language for robotics, but it can be slow if you’re not careful. In general, you want to use a lower-level language like C++ for most of the heavy lifting in your robotics code, and then use Java as a more high-level scripting language. This will allow you to take advantage of Java’s ease of use while still getting the performance you need from your code.

Is Java Used in Robotics

Java isn’t widely used in the robotics industry. However, it is popular with hobbyists who want to program robots because it is relatively easy to learn. For example, LEGO Mindstorms is a programmable robotics kit that can be programmed with Java.

While industrial and professional roboticists typically use other programming languages, you can find Java Robocode projects online

Beginning Robotics Programming in Java (Buy Online) is a great book for anyone interested in learning how to program robots using the Java language. The book starts with a step-by-step guide on how to build a LEGO EV3 robot, followed by instructions on how to install LeJOS and its firmware onto the EV3. After that, you’ll learn how to create and upload your first Java program into the EV3, and then work with Java programming to control motors and interface with sensors. Finally, the book reviews common AI algorithms, such as DFS, BFS, and Dijkstra’s Algorithm, which are essential if you want to learn the basics of robotics programming.

Javascript is a good starter programming language for robotics because it’s easy to learn, versatile, and has a lot of libraries and tools that make it perfect for robotics programming. For instance, the Johnny-Five robotics library is built on top of Javascript, which makes it easy to control robotic devices using Javascript code.

Is Javascript Used for Robotics

JavaScript is a versatile programming language that can be used for a variety of purposes, including robotics. While it is popular with hobbyists and tinkerers, it is not as commonly used in the robotics industry. This is because Javascript falls victim to slower execution speed and weaker optimisation capabilities. Nevertheless, it remains a popular choice among beginners due to its low barrier of entry.

Is Javascript Good for Robotics

JavaScript is a good language for beginners to get started with robotics, and it has a large community of developers who are constantly creating new libraries and tools. However, it’s not particularly fast or performant, so it is not be the best choice for more complex applications.

Matlab is a great programming language for robotics because it is very versatile and easy to use. It has a wide range of built-in functions and libraries that can be used for various tasks, such as image processing, machine learning, data visualization, and more. Plus, there is a strong community support for Matlab, which means you can find help and advice from other users if you need it.

Is Matlab Good for Robotics

MatLab it is widely used in colleges and universities to teach robotics, and you can create algorithms, models, and simulations with ease in Matlab. Additionally, there are many libraries of code available online that you can use to get started with robotics programming. However, since it is a proprietary software, there may be some limitations when trying to use it for more complex projects.

Is Matlab Used in Robotics

Matlab is used in robotics mostly for educational purposes and prototyping. It is a powerful tool for academics and students to help them quickly develop and test their theories without the need for actual hardware. Matlab can also be used to simulate the motions of robotic systems under various conditions, which is immensely valuable for researchers studying locomotion and control.

Robotics, Vision and Control: Fundamental Algorithms In MATLAB And Simulink (Buy Online) provides an easy-to-use yet powerful framework for experimentation, simulation and analysis in the field of robotics and automation.

The book includes over 1000 MATLAB and Simulink examples, along with 400 figures to help readers better understand the algorithms and how they work.

Robotics, Vision and Control: Fundamental Algorithms In MATLAB also features a number of real-world examples, illustrating how the algorithms can be applied in practice.

LabView is visual programming language was developed specifically for helping people create control and data acquisition systems quickly and easily. It’s especially well-suited for industrial robotics applications because it allows you to easily create programs that interact with hardware devices and test them out in real-time.

Another advantage of using LabView is that it comes with a huge amount of support from National Instruments, the company behind the software. This means there are lots of resources available if you run into any problems, as well as a large online community of other users who can help you out if you ever have any problems.

Is LabView Used in Robotics

LabView is a software package mainly used in industrial control system and factory robotics. It provides users with a graphical programming language that can be used to create and operate robots. And the software has been widely adopted by a wide range of industries due to its ease of use and flexibility.

In the Programming Arduino with LabVIEW Book (Buy Online) you will learn how to control servo motors and smart power switches using an Arduino, make a weather measurement station, wireless alarm system, and how to maneuver an Arduino-based robot wirelessly and collect feedback from its sensors.

ROS is used extensively in research and hobbyist robotics applications. For example, it has been used in the development of self-driving cars, humanoid robots, and many other types of robotic systems. It is also becoming increasingly popular in the industrial robotics community.

One of the great things about ROS is that it runs on a variety of platforms, including Linux, Mac OS X, and Windows. Plus, several programming languages can be used to develop robotic applications with ROS.

Below, we will take a closer look at some of these languages and discuss the benefits of each one.

C++ is fully supported by ROS due to its efficiency and flexibility. In addition, many ROS libraries are written in C++, so it is often the best choice for developing ROS applications.

There are many different ways to program ROS robots. The most popular method is to use the Python programming language. This is because Python is very easy to learn and there are many helpful libraries that make programming ROS robots simpler. Additionally, many off-the-shelf robot controllers already have Python interfaces.

Mastering ROS for Robotics Programming (Buy Online) is an awesome book that covers a lot of information on ROS programming. The book starts with an introduction to ROS and moves on to cover topics such as getting started with ROS programming, working with ROS for 3D modelling, simulating robots using ROS and Gazebo, and much more.